WOW!  It’s been about 10 years since we had a big credit – perfect timing to bring us out of the recession and back into boom days in L.A….  Party on Los Angeles – laissez les bond temps roulez…  And THANK YOU to all who supported this legislation with your emails, phone calls and letters… It was a team effort… In starring roles – leaders like Paul Audley and Donna Washington at FilmLA, and Ed Duffy and Steve Dayan at the Teamsters… KUDOS!!!!! YOU ROCK!  🙂

AB 1839 also would allow more projects to qualify, including new network television dramas and big-budget studio movies, and would provide additional incentives for projects that shoot outside of Los Angeles.

It would also scrap a controversial lottery system used to divvy up funds. Instead, tax credits would be allocated based on how many jobs projects would create.

The deal, which is expected to be approved by the Senate this week, was the result of intense negotiations involving Brown, Assembly Speaker Toni Atkins (D-San Diego) and Senate President Pro Tem-elect Kevin de Leon (D-Los Angeles). 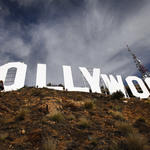 “This is a crown-jewel industry that provides jobs and opportunity for middle-class families in every region of our Golden State,” said de Leon. “We’re sending a powerful signal today that we are 100-percent committed to keeping the cameras rolling and bright lights shining in our state for years to come.”

AB 1839, which was unanimously approved by the Assembly in May, cleared a major hurdle earlier this month when the Senate Appropriations Committee approved the bill in a 5-to-0 vote.